Are You Built To Sell? 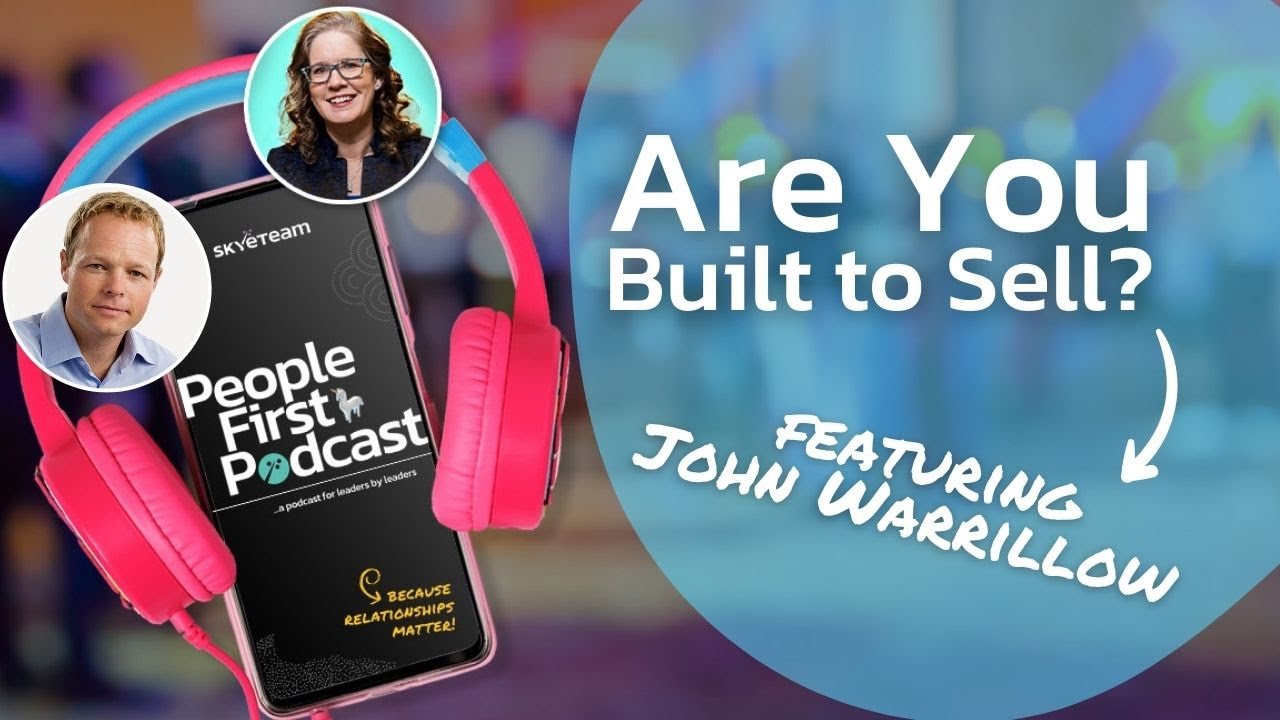 John Warrillow is the founder of the Value Builder System, a software program building the value of a company used by thousands of businesses worldwide. Leaders start businesses rarely with the end in mind including an exit strategy. John brings a wealth of experience with his three books, including his latest bestseller, Built to Sell: Creating a Business That Can Thrive Without You.

John had a fascination with understanding how people work from a young age. His favorite pastime was watching 60 Minute interviews with questions that demanded brutal honesty. Inspired by the interviewers, John started a podcast that would evolve into a research company created to help big companies understand entrepreneurs.

The meeting that changed everything.

With a successful business built, John was interested in selling. After a business appraisal meeting, some glaring discrepancies were brought to his attention that he hadn’t considered. John’s business was built around his contribution to the company. Without him, there was nothing to sell, rendering his business worthless.

Initially defeated, John shifted his focus to what drives value in a company. Over the next three years, he enlisted help, hired salespeople, trained others, and eventually sold his company once it could operate successfully without him. A happy ending to what could have been a tragedy.

What entrepreneur are you?

John’s research shows that understanding which type of entrepreneur you are can help you build a foundation for success. He’s defined these entrepreneur types into three categories.

The Mountain Climber is motivated by growth; think Elon Musk and Steve Jobs. Their motivation is rooted in innovation, growth, and constant improvement.

The Freedom Fighter entrepreneur is motivated by independence. Their goal is to create a business that serves them and can provide passive income.

The third and largest group is The Crafts People, which are motivated by mastery. These entrepreneurs don’t want a business, but rather the opportunity to share what they’ve mastered in their fields such as massage therapists, copywriters, and photographers.

What ALL entrepreneurs need to know.

John advises all entrepreneurs to think of themselves as parents to their businesses. As they “raise them,” there’s deep consideration on how they’ll be able to thrive without “the parents” guiding them every step of the way. As a CEO, you’re the organizer of building a strong business that can thrive without you.

The same goes for customers and suppliers. Being too reliant on one source of distribution and sales will hinder your value. Think of it this way; what is your value without that one customer or one source of distribution? Being codependent on other businesses doesn’t only lower your value, but it can cause shaky relationships. If one connection falls through, you’re quickly in jeopardy.

If you want to live on a sailboat by the time you’re 40, John emphasizes that prior preparation is paramount. First, running your business so it can operate without you is the first step to adding value. Second, ensure your business has the capacity to constantly bring in more clientele and partnerships so it is not reliant on one given source for revenue. Third, truly outline your goals. Where do you want to be and when? Lastly, always get insight. Find an M&A consultant to guide you through the process to make sure nothing slips through the cracks.

Being completely honest with your goals will keep you focused on the end goal while making difficult choices of relinquishing control. As soon as your business can stand firmly on its own, you can retire from that venture and move onto the next. Whatever that looks like to you.