Discover Your Big 5 For Life! 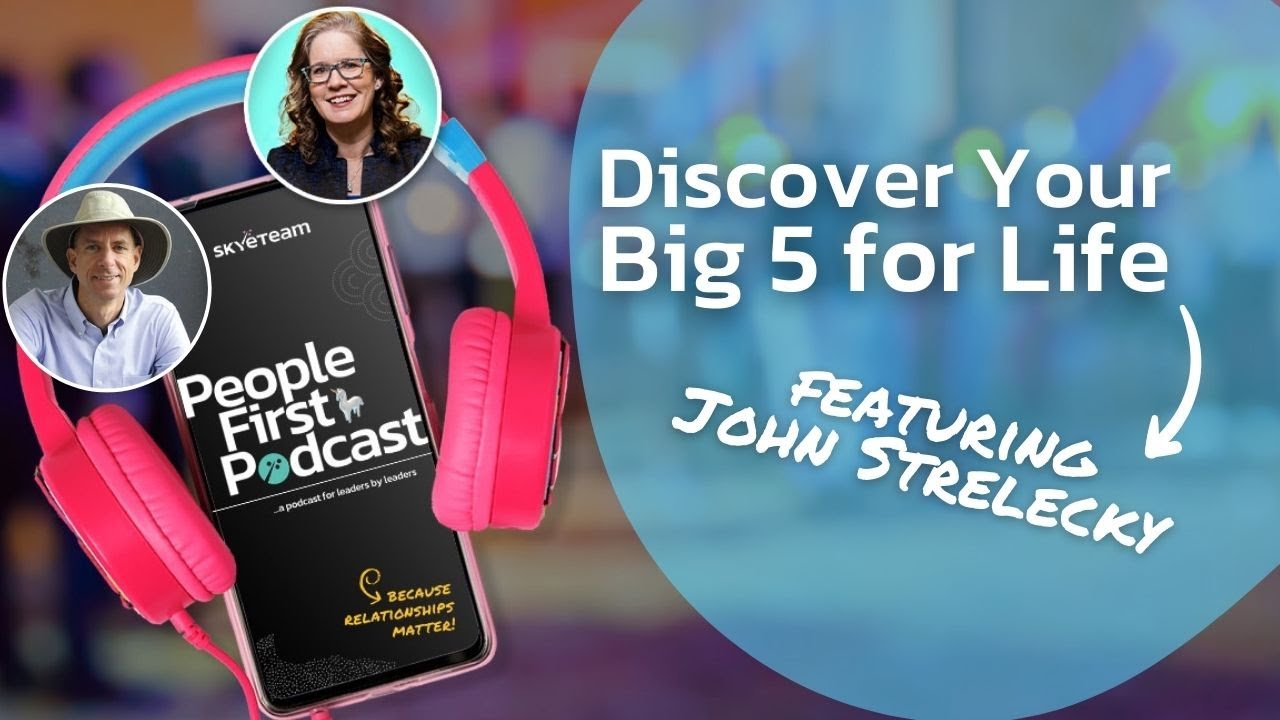 My guest today is my friend and fellow member of Marshall Goldsmith’s 100 Coaches, John Strelecky. Not only is he a phenomenal human, but he is also the author of The Cafe on the Edge of the World and The Big Five for Life. John’s journey started when he left his “normal” life behind and decided to follow a life-long dream of seeing the world, but before we get to that… We have to go back to the beginning.

Before he sold 6 million copies of his book, John was in elementary school without a single notion for what he wanted to do or to be. He ended up choosing the route of a pilot because in his young mind that was the thing that would allow him to travel the world for free. He was on track to be the youngest captain of a major airline in the United States, but his dreams were grounded when a previously undiagnosed medical condition was discovered that prevented him from flying. In retrospect he was super thankful, but can you imagine that devastating moment? So, John decided to write a book.

Unintentionally, but amazingly, John’s first book took off. Leaders were contacting him and telling him how helpful it had been to read. The notion of inspiring other leaders to make a difference became a career path of sorts for John. He began to ask the question, “Who would be the greatest leader in the world and what would that look like?” If you’ve read his work, you’ll know that John uses the power of storytelling incredibly well.

The Museum of Life

The concept is simple. Life is a gift and should not be taken for granted, nor will it last forever. (2020 has caused many of us to become very introspective on mortality.) It’s all about living our lives intentionally. (I actually wrote an article about this, you can read it here!)  Imagine if every moment of your life was catalogued and recorded. Now imagine that at the end of your life, a museum was built to show your entire life. If you hated your job but spent most of your life doing it, your museum would look like your job. Or maybe you love family time but spent a mere fraction of your life with them. Your museum would only show a small sliver of that. The big what if is… What if the afterlife is being a tour guide of your own museum? If you spent your life being miserable in a job you hate, can you imagine giving a tour on it? (Someone make this into a movie!)

The essence of the big five is if we were to give our life a pause and spend time with our thoughts, dreams, and wishes, what are the top five things you would want to do before you die? And then? Rally your resources. Dedicate your time to making them happen. And then?! Make another top five! Imagine THAT museum.

Pause. Grab a pen and notebook. Write down your top five things. Got them? Good. Now tune into the rest of our conversation by using the links below. John has tips and tricks that you will NOT want to miss.