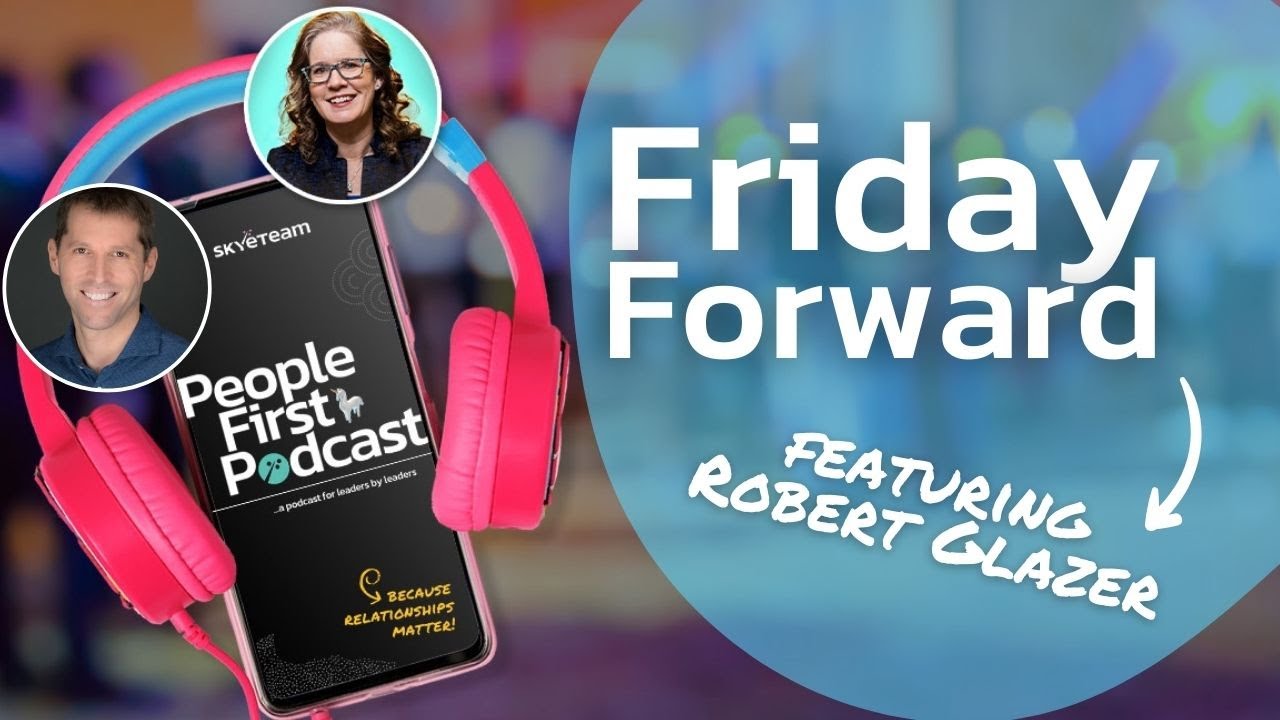 Robert Glazer is the founder and CEO of Acceleration Partners, a global partner marketing agency and the recipient of numerous industry and company culture awards, including Glassdoor’s Employees’ Choice Awards two years in a row. He is the author of the inspirational newsletter “Friday Forward” and the author of the international bestselling book, Performance Partnerships. He is a sought-after speaker by companies and organizations around the world, but today? He’s my guest.

Growing up, Robert wanted to be a lawyer. After an internship for a law firm, he took a big pivot. (Spoiler: He didn’t like it!) The tipping point came in 2013 after an intensive 5-day leadership program. (You’ll have to listen to the podcast to hear how it changed his whole perspective!)

Did you know that a vast majority of people can’t identify their core values? They just know when they’ve been violated – think about your own world… my guess is you’ve gone home at the end of the day, or finished a zoom call, and turned to the cat, or someone in your home and said something along the lines of “You won’t believe what just happened… what so-and-so just said/did”. That’s an example of your values being violated. The learning here is that complaining to the cat isn’t going to help you resolve the situation. That conversation is one for the workplace relationship that needs attention. Values aren’t just personal, they’re also the foundation for an organization’s culture (Isn’t that fascinating?) Pro-tip? If a company changes its core values, be on your guard.

Occasionally we all find ourselves on a team, or in a role that turns out not to be a great fit. And that’s okay! There is no universal great culture. You may be a fantastic worker, but if your core values don’t align with the company you work for, it may be in both your best interests to part ways. Don’t take it too personally. There is a company out there for you! It just might not be the one you’re in.

If you haven’t heard of Friday Forward, well, you’re missing out, but it’s not too late! A few years back, Robert decided to e-mail his team every Friday morning with a leadership theme, quote, and related tip/article around personal growth. The response was overwhelmingly positive and employees told him they looked forward to it each Friday and “forwarded” it regularly to family and friends. It’s now a globally read and recognized newsletter (over a hundred-thousand people, no biggie). Not only can you get a weekly newsletter, but you can now get it in the book version, along with his other published work, Elevated.

Robert and I talk about some more golden nuggets, but if you want to know… Well, you know what you have to do. Listen or watch via the links below!