How To Lead With The Power of Truth, Justice, and Purpose 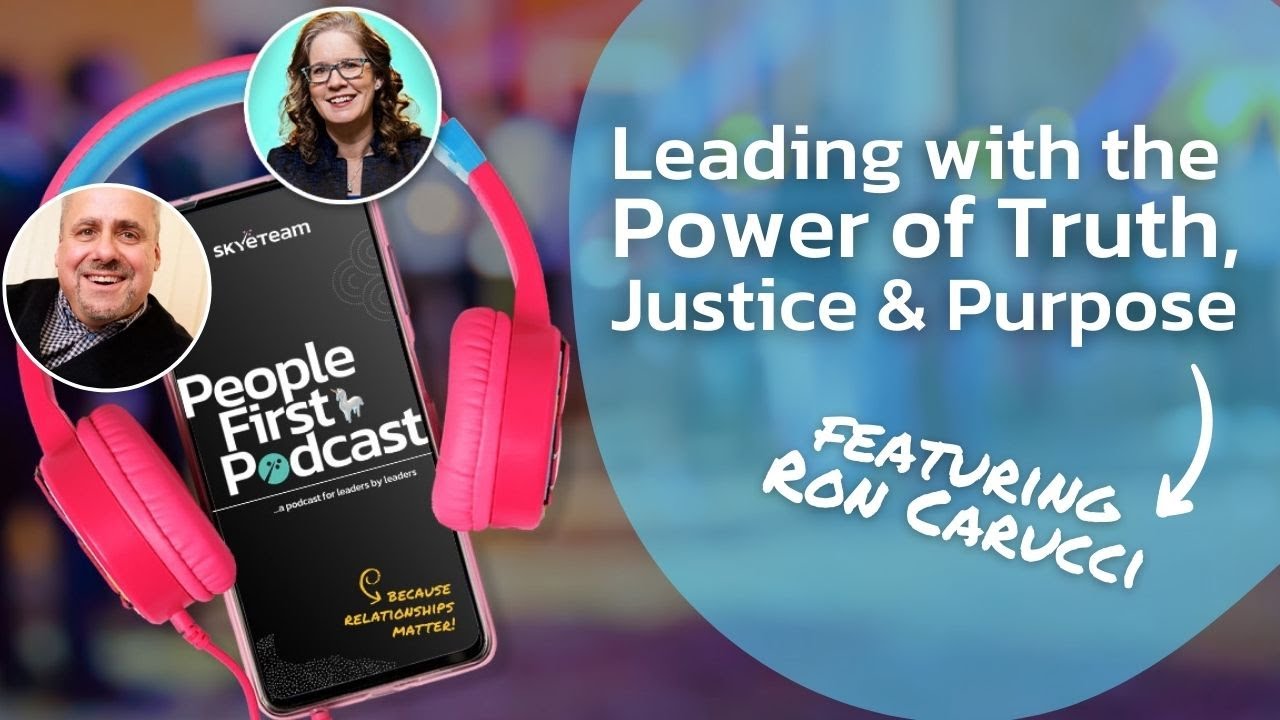 Ron Carucci is the co-founder and managing partner at Navalent and works with CEOs and executives pursuing transformational change for their organizations, leaders, and industries. He has a 30 year track record, but today I want to share with you his ninth book, To Be Honest.

Back to the Basics…

Going back to his childhood, Ron wasn’t sure what career path he wanted to pursue. He struggled between being a doctor, or actor, but settled on becoming a futurist. Ron felt his time was best spent dedicating his energy to helping people shape their own story. He embodied the quote, “The reason why you can’t predict the future is because you can change it,” and channeled it into helping his clients gain control over any aspect of their lives. This includes whether or not they are seen as “honest”.

Dishonesty takes many forms, it certainly doesn’t have to be extreme. Dishonesty at its core is simply withholding the entire truth. Ron shares that embellishing accomplishments, treating others unfairly, and disadvantaging someone with a privilege you have are all forms of dishonesty. Today, our experience of honesty has gone so far through the floor that our workplaces’ expectations of it have gone through the roof. Meaning that in order to be labeled as honest, you have to tell the truth, say the right thing, and do the right thing even when it’s hard.

The Dangers of Institutionalized Duplicity

Honesty and integrity go hand in hand and you will often see these words in a company’s list of “core values”. However, just saying that a company values “honesty and integrity” isn’t enough. Regardless of a company’s core values, if they are not actively displayed in the workplace, they don’t amount to much. Companies that choose to enforce their core values by having leadership display them have a statistically significant advantage to employees that are honest and will also embody the core values. Simply having the core values for the sake of cosmetics and not enforced will only commit institutionalized duplicity.

Honesty isn’t just for avoiding scandals. The data shows companies that live and embody their purpose will outperform their competitors. From employee retention to sales, nearly every metric is surpassed when companies are honest about their intentions and lead by example. Honesty is the key to unleashing the best out of your team.

Honesty in Your Organization

Being able to incorporate honesty into your work is broken down into different domains. Starting with accountability and dignity, it’s being able to highlight the strengths of each member of your team and holding them accountable for utilizing their strengths. Next is transparency and governance, meaning that if you ensure a safe place for your team to offer their opinions and value their insight you’re more likely to have an honest team. The last domain is unity within your organization. It’s being able to enforce strong cross functional relationships within your entire organization to avoid any “us versus them” mentality.

So where do you begin? High performing teams are based on trust. When leaders command the entire system to go through them, it becomes a massive hindrance to anything that needs to be completed. Being able to go back and enforce unity and strong cross functional relationships can increase productivity. Ron’s perspective in simplest terms is that strong leaders build teams that don’t need leaders; they have all the resources they need through strong relationships, unity, and trust within the team.

Creating a space where a leader has their team’s best interests at heart are destined to succeed. When the organization embodies their mission statement, they provide opportunities for growth and appreciate their employees, this fosters an environment for people coming to work and doing their best. The data shows that if someone feels like they matter, they will become more loyal and feel a sense of community with their team.

Honesty is not a character trait, contrary to popular belief. Honesty is a muscle. You have to cultivate it and work on it every day. It’s not something you either have or don’t. If you want to be seen as honest, if you want to have the reputation as someone that people can rely on, you have to work at it every day, but it’s certainly well worth the benefits.