What You Need To Know About Risk 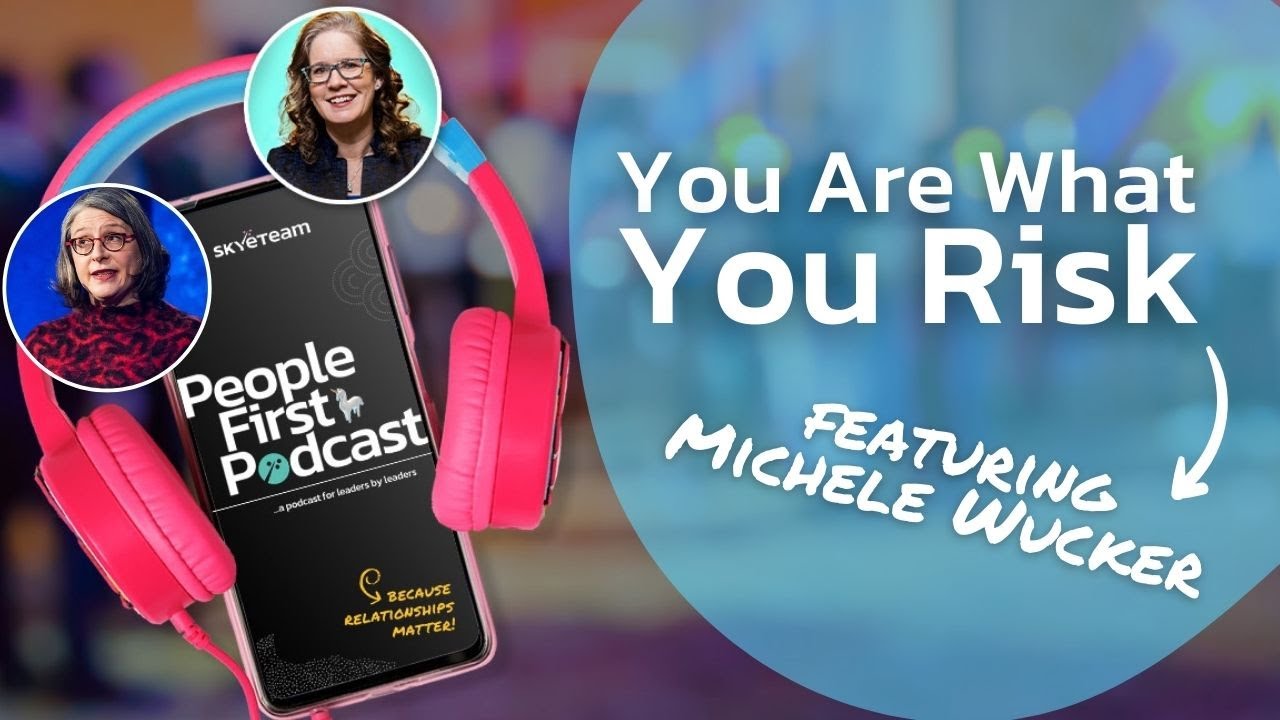 Michele Wucker joins us today to discuss risk, entrepreneurship, and individualism. Michele is a strategist, speaker, and best-selling author of four books. Her books include “The Gray Rhino: How to Recognize and Act on the Obvious Dangers We Ignore” and the new sequel, “You Are What You Risk, the New Art, and Science of Navigating an Uncertain World” which came out in April 2021.

Back to the Basics…

As a young girl, Michele dreamed of being an ice skating cheerleader and a jockey. Later, as she explored careers and academics in college she chose to follow a dream of writing books. This led her into journalism with an interest in finance and economic development. She wrote and spoke about debt in other countries and began to piece together her metaphor of the “Gray Rhino”.

Your answer to this question tells us a lot about you. It can help identify our individual approaches to risk, what you value, who you value, what’s important or not. Our guest defines this as your Risk Fingerprint. I invite you all to join us as we explore the Gray Rhino and how our perspectives on risk define who we are.

The “Gray Rhino” metaphor refers to something, usually a problem, that is visible, you can see it and people are talking about it. This is unlike an elephant in the room which everyone ignores. People are talking about the gray rhino issue, some people are actually doing something about it. Michele’s question really is, what makes the difference between people who get out of the way, the people who get trampled, and the people who see the strength of this crisis and use it for something good? She encourages us to look at the world with open eyes and look forward to the problems in front of us.

Michele identified climate change and the brewing financial crisis as two of many problems that need more attention. When it comes to climate change, not enough people are doing enough yet. Too many of us want to think it will be solved magically. However, we need to face this rhino head on and together. The current financial marketplace is also in a dangerous state requiring combined efforts and ideas to create solutions. Michele discusses all these and more in her book.

Many claim that women are more risk averse than men. However, the research is not as conclusive as the headlines might make you think. Risk taking can appear different amongst the genders due to factors including socialization and context.

Risk empathy is the ability to understand someone else’s perspectives on risk, how sensitive they are to it, and why that might be the case. Humans view risk differently depending on our experiences. Our willingness to take on risk is also variable. Are you open to learning about and discussing these differences? Are you willing to go deeper and learn more about yourself and others?

Relationships and our Risk Fingerprint

We are influenced by the people around us. Our views on risk are influenced by our cultural backgrounds and our gender. It can also be influenced circumstantially by the composition of the people in the room and the habits of the people in the room. When people get together in a group they are either much more conservative or much more risk seeking. Is the group homogenous? Or are there different points of view? In individualistic cultures, men and women behaved in a more stereotypical gendered manner than in collectivist cultures.

Risk and the Pandemic

As we come out of the pandemic it’s hard adjusting to life in relation to our new habits. There are all sorts of risks for people to weigh. It’s very individualistic, maybe you’re considering shifting your job, lifestyle, or city. Now more than ever people have different perspectives on the risks they’re willing to take. We need to be open to this in order to gain understanding.

If you’re curious about identifying your Risk Fingerprint, start by asking yourself “what’s the biggest risk I’ve ever taken?”